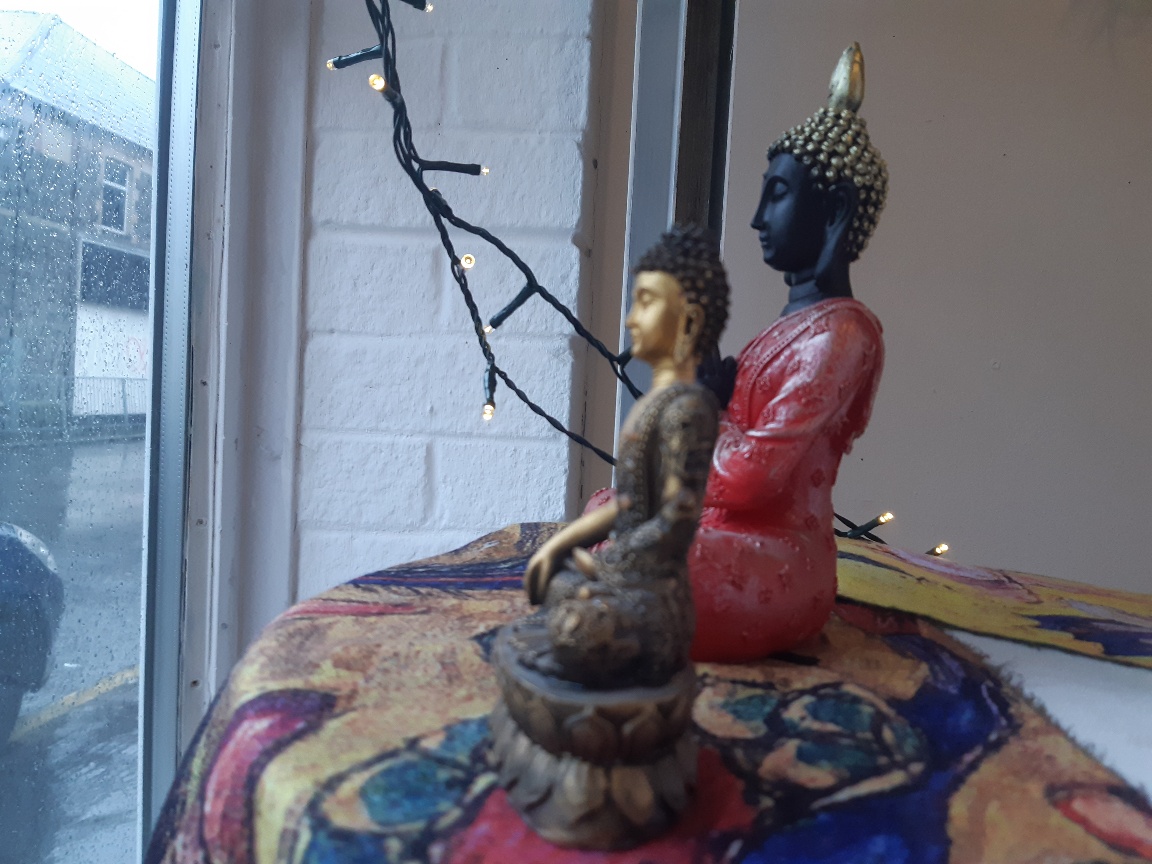 First day of residency. Feels strange working in such an open public place when someone can drop in at any time. Enjoyed the first couple of hours settling into space by drawing.

Then my first visitor curious about the Buddha in the window. ‘My son’s having a Buddhist wedding next month so I’m curious to see what this is about’

Oh dear have I offended him by the title of the residency? I found it hard at first to articulate to a stranger what this work was about. I tried to reassure him that it was not Buddhism I was against but more the prevalence of male deities in many religions.

We talked and talked…he told me stories about his life. He’d grown up in the Church but left it behind in adulthood. Whilst not aligned to any religion now he believes in a ‘divine force’ (his words) that must have created everything. He talked of ‘divine’ moments where they were more than just coincidences that led him to people.  (Note: This guy is a senior, successful businessman- not a new- ager)

By the end of our chat I realised that although we are very different, he too had a need for something to turn to other than church and religion. He looked carefully at the drawings I had created and read the text that accompanied one of them.

What would he think?

After some further questions, he said he admired my courage for doing this. For saying what I wanted to say and not following others.  That was quite a moment.

Would my creation work for him too I wondered? Then I drew some more.

What a day. Thank you x