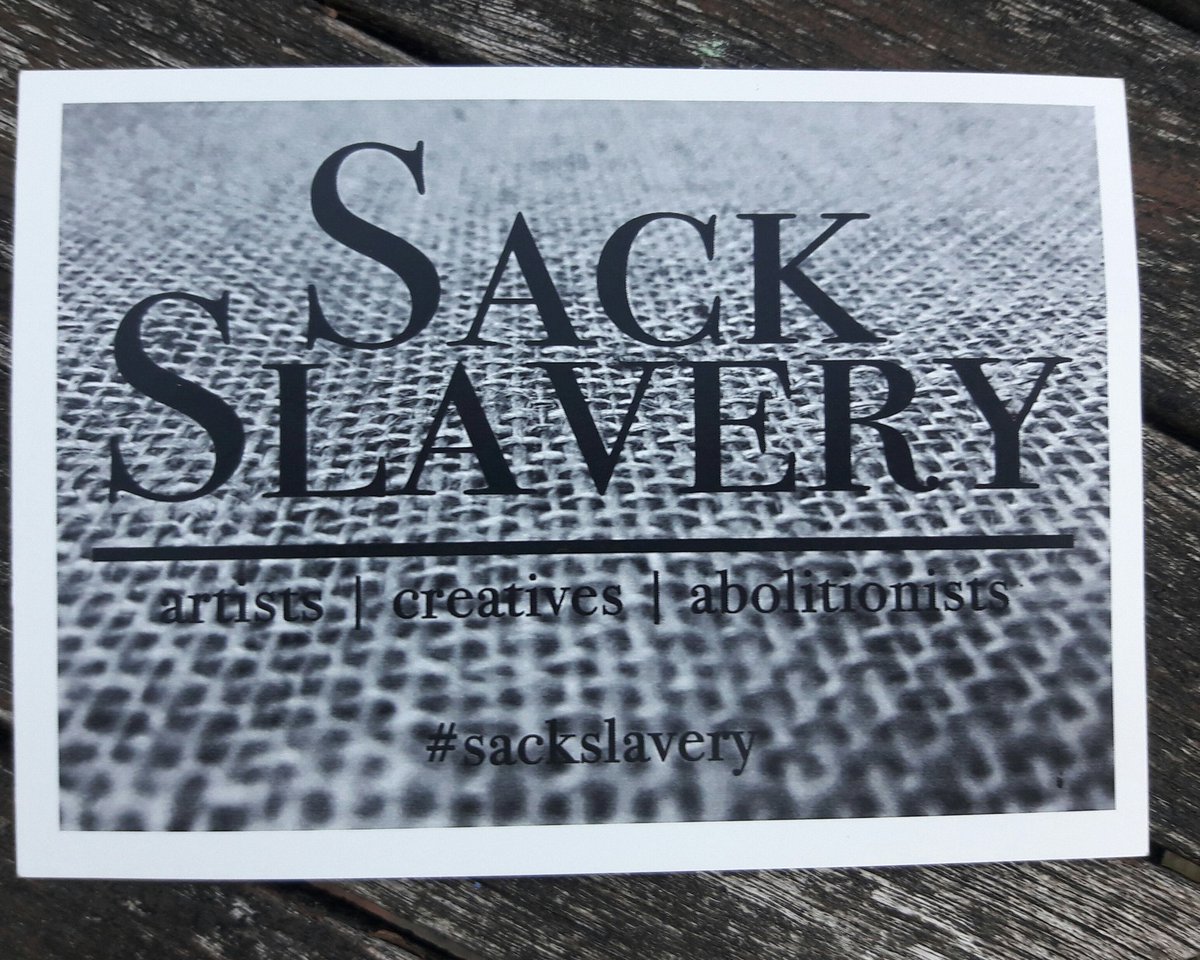 ’46 million people live as slaves today. Modern slavery affects every nation in the world, including Wales, and has many cruel faces including: Forced labour, criminal exploitation, sexual exploitation, domestic servitude and organ harvesting.’

An independent coffee house, Manumit Coffee, supports survivors of modern slavery and has invited artists to create works on the theme of ‘Freedom from slavery’ using a coffee sack as a starting point. 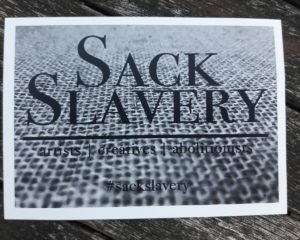 At first I was unsure whether to raise my hand for this project, after all how could I create something I haven’t experienced? Wouldn’t it be patronising? After some research and reflection I decided that if I could do something to raise awareness of this hidden issue then that could only be a good thing- so today I picked up my coffee sack and my brief.

As you know I am a painter primarily, but this piece is not going to be a painting- its going to be an installation piece. My concept has two parts- a structure that symbolises captivity and the second element is wire structure of a standing, free woman. I shall start sketching this out later today.

Today I started part one. I don’t want to share the detail as I prefer to reveal the whole piece in October at the show- but creating it was a uncomfortable. I don’t usually take my art into these areas- so it was a stretch- but a stretch worth doing. The piece is now hidden in the corner of my studio, where it will stay for at least a month.

With the first stage underway I can now switch to the standing figure- the free figure. I have no idea how I am going to create it- but I have time- and where there is a will there is a way. I may need help- that’s fine.

I’m now quietly excited about the challenge of creating this piece- it’s new for me and who knows what impact it could have?

The show is on October 18th at The Sustainable Studio Cardiff, to coincide with Anti-slavery day.