Self Portraits – moving on

Just looking at the website I feel it’s time for a change. The self portraits of 2014 will no longer have a page of their own but will now become a more humble blog post as will the accompanying explanation. There is too much emotion I no longer identify with or wish to see so they will be archived here. I want my website to be more about how I see the world now- full of beauty and light. 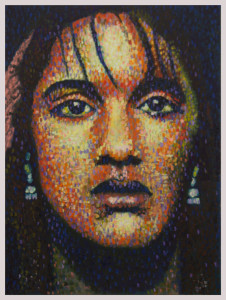 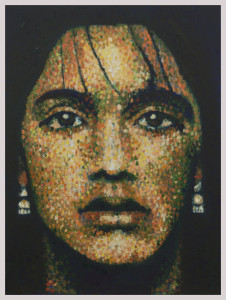 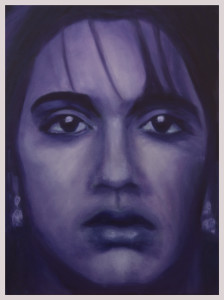 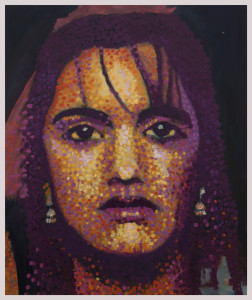 ‘This series of paintings were done over 3 months at the end of 2014. The process was both healing and transformational. All the paintings were based on a single photograph of me taken by a professional photographer, Paul Brewer, for his exhibition over 20 years ago.

I bumped into Paul by chance last summer (2014) for the first time since the photograph was taken. He didn’t recognise me at first but when he did he told me that the image was held by the National Library of Wales. I had never seen the image so he agreed to try and get a hold of a copy for me- which he did.

When he first sent the image through, by email, I was shocked at its power. I found it hard to look at for any length of time. The woman looked so hurt, so lost- was this really me? Paul was a talented man to capture so much emotion in one image. (He used a pin-hole camera technique with a long exposure I seem to remember).

With his permission I used this photo to paint from and that’s when it started. A conversation with my former self and what a conversation it was. We remembered lost stories, we cried, we comforted each other and sometimes I would just paint her in more beautiful colours to adorn her- Painting 1.

By the end of painting 4 ‘I was done!’ I had explored this woman, listen to her stories intently, looked into her eyes, embraced her and let her go.

Something shifted, I felt free, now I just wanted to paint light. This when the first  ‘Energy’ paintings emerged. Instead looking at an image of me I closed my eyes and felt what it was like to be me.

Through the paintings I truly learned the healing power of art/ the creative process. Something transformational happened to me over those few months of painting, the effects of which I can feel everyday.’